Lantern Bugs are so named because many species exhibit bright red/orange colours at their  bulbous  tips,  bearing  resemblance to a glowing torch or lantern.

Lantern bugs Fulgoridae belong to the order Hemiptera which also includes cicada, aphids etc. Insect of this order share a common arrangement of sucking mouthparts, in this case,  the form of a proboscis.

The family Fulgoridae is a large group of hemipteran insects, especially abundant and diverse in the tropics, containing over 125 genera worldwide. They are mostly of moderate to large size, many with a superficial resemblance to Lepidoptera due to their brilliant and varied coloration. Various genera and species (especially the genera Fulgora and Pyrops) are sometimes referred to as lantern flies, though they do not emit light.

The head of some species is produced into a hollow process, resembling a snout, which is sometimes inflated and nearly as large as the body of the insect, sometimes elongated, narrow and apically upturned. It was believed, mainly on the authority of Maria Sibylla Merian, that this process, the so-called lantern, was luminous at night. Linnaeus adopted the statement without question and coined a number of specific names, such as laternaria, phosphorea and candelaria to illustrate the supposed fact, and thus aided in promoting a belief which centuries of observations have failed to confirm. 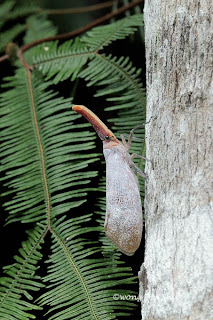 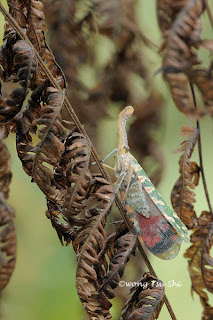 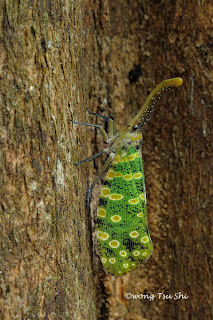