Philentomas were previously treated as Flycatchers but DNA studies show that they are related to the Woodshrikes and thus are now placed in the family Vangini with Woodshrikes.


Maroon-breasted Philentoma  is an uncommon resident of Borneo, occurring from sea-level to 1,650 meters in the Kelabit Highland. In Sabah, it only occurs up to 1,200 meters in the Crocker Range. The male bird poses no difficulty in field identification with its maroon coloured breast. The female bird needs a little more attention as it looks  similar to the blue morph male of the Rufous-winged Philentoma, however, they can be distinguished by darker face and breast and no paler vent for Maroon-breasted.


It is classified as Near-Threatened by BirdLife International in 2001. Justification per BirdLife is as follows: This forest-dependent species is listed as Near Threatened because it is assumed to have experienced moderately rapid declines owing to the extensive loss of lowland forests from large areas of South-East Asia. It is not considered more threatened because it can use secondary habitats and occurs in lower montane forest.
This was taken in Tawau, my lifer bird (my #323 photographed wild birds of Borneo). 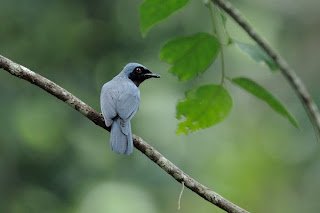 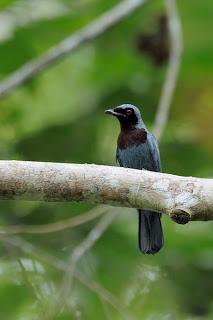 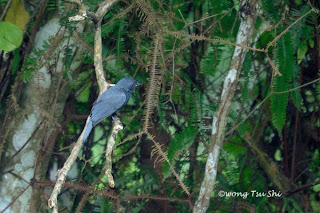 Was it far also these bird u got ? Very nice pic !

Thanks Jason sifu, not very near, quite far away.