Updated on 1 May 2018 with text in green background.

21st November 2009, Saturday. I fetched Sifu Karim at 6.30 am from his house in Tanjung Aru, went for breakfast before going to Penampang again to look for snipes.


There was no snipe in sight at Penampang padi fields, saw the usual birds that were there last afternoon. Black-winged Stilts Himantopus himantopus, Common Greenshank Tringa nebularia, Munias and various Egrets. 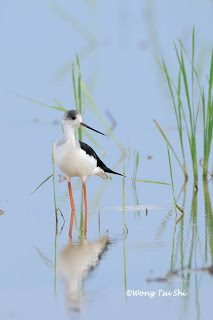 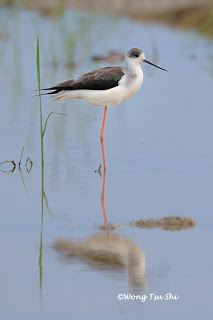 The Black-winged Stilts here are foraging in fresh-water padi-fields, just as described in the Checklist (Mann,  2008). In Tawau, where there is no padi fields, we have seen a flock of them at the coastal tidal mudflats in Tinagat September this year.

This is my camera in the ready position with Sifu Karim in the background walking the road looking for snipe, any snipe. 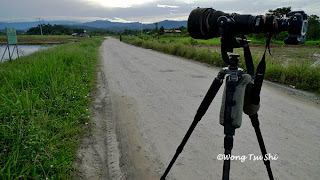 My Camera
Left for Sugud, Penampang after about an hour, saw a number of Blue-throated Bee-eaters  Merops Viridis perched on the high-wire along the way but did not stop to take photograph.


Sugud is a forest reserve in Penampang hills, the trees along the road, being secondary growth, are not that tall, together with the open view from the access road and the low traffic makes this place an excellent location for bird photography. 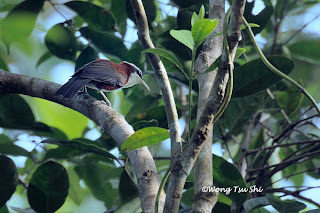 Its preening movements caught my attention, the Red-crowned Barbet Megalaima rafflesii (Now Psilopogon rafflesii), well hidden amongst the green foliage and a challenge to spot, it is my 2nd lifer for the day. Red-crowned Barbet is an uncommon to common resident throughout lowlands of Borneo, but not usually found with Red-throated Barbet M. mystacophanos (Now Psilopogon mystacophanos), it occurs from sea level up to 1,300 m. (Mann, 2008). 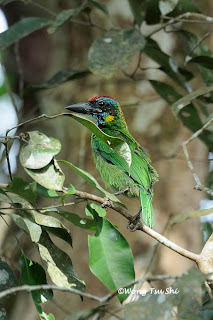 The other birds photographed is Asian Brown Flycatcher Muscicapa dauurica. With its pale underparts and distinct eye-ring, this looks like the migrant dauurica race, the resident umbrosa race is darker all over and very scarce. 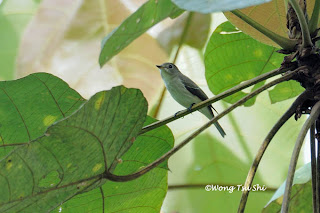 I diagnosed this as a Streaked Bulbul Ixos malaccensis (another lifer), even its streaky breast is not visible from the picture (Could not get any other picture as it stopped with the back facing me for a short instance before it flew off) because of the white vent that can be discerned from the back (The white vent is diagnostic of this species),  its grey tipped bill with pinkish lower base, and pinkish legs and feet .

(Edited on 6th March 2010: After photographing a Streaked Bulbul in Tawau, and comparing with this bird, I have to amend the ID, as Streaked Bulbul is a different looking bird with a more slender bill. This should be an Immature of the Cream-vented Bulbul. Too bad there is no other shots to positively confirm the ID). 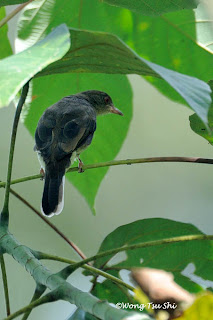 Common Ringed Plover is a rare vagrant bird in Borneo, it breeds in N Palearctic, NE of North America, Greenland; mostly winters along coasts of Africa, Madagascar, W, S Europe, Middle East, S Pakistan, rarely India, Sri Lanka, S.E. China, Japan. So it is quite out of its normal range to come here. However, according to Sifu Karim, this particular bird has been at the same spot for quite a while, could have obtained  Permanent Resident status to stay here already. 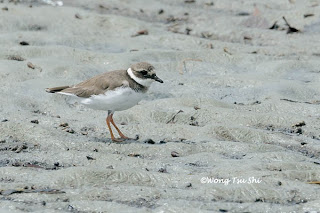 Malaysian Plover is a SE Asian specialty, resident in the Sundas (except Java), Philippines, Sulawesi, Sula Island. It  is one of the two resident waders in Borneo, the other being Beach Stone Curlew Esacus magnirostris which is very rare. Malaysian Plovers are usually seen in pairs, but we only managed to locate this female bird that afternoon. 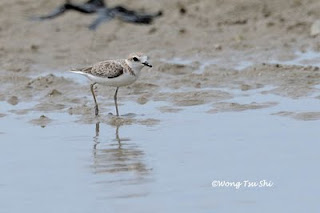 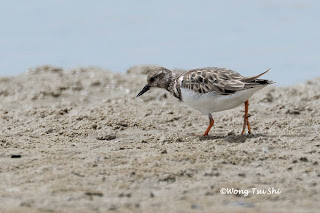 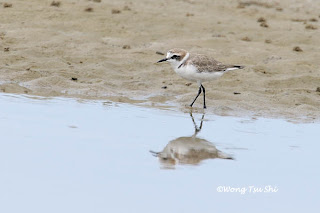 The quest for Chinese Egret continued to Kuala Putatan and Tanjung Aru, but it was not to be seen there as well. However, we met salon Sifu Henry Chin and some photographers shooting this friendly flock of Great Egret Ardea alba (Now Eastern Great Egret Ardea modesta) and Little Egret Egretta garzetta at the estuary of a monsoon drain leading out to sea near Sutera Harbour Resort. The estuary was where abundant catfish congregates to feed. The egrets here were busy feeding and quarreling among themselves which provided excellent opportunities to capturing action shots. 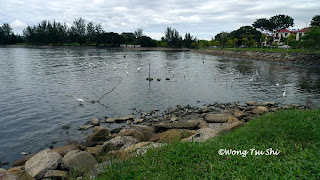 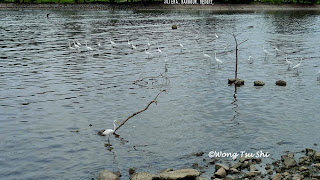 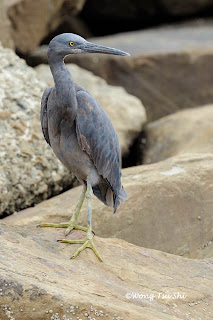 The quest for Chinese Egret than continued to Likas Bay, but by than the tide was too high and the shoreline was fully submerged, so the Chinese Egret proved to be no show for this trip.

Stopped by at Likas Lagoon before going to airport for my flight back to Tawau. The lagoon was almost covered by lush growth of water hyacinth,  there was only a small opening of water at the far end of the lagoon. This family of Wandering Whistling-duck  Dendrocygna arcuata, with 5 ducklings was having a nice time there. 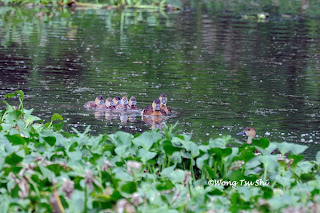 A few Purple Herons Ardea Purpurea were also seen hunting among the thick water hyacinth. Great Egrets, Little Egrets, Brahminy Kite Haliastur indus and Darters Anhinga melanogaster were seen perched on a raintree on the other side of the lagoon. 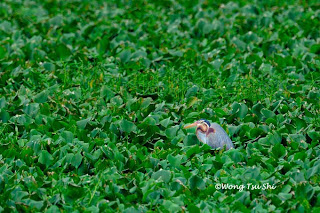 This is my final lifer, the Purple Swamphen Porphyrio porphyrio indicus. This species is common at the Kalimantan lakes, Previously a rare migrant  to NW Borneo but recently an increasingly common resident in Western Sabah in padi fields and feshwater swamps. This very dark Sunda race of Sumatra, Java, Bali, Borneo and Sulawesi P. p. indicus has been recently split as Black-backed Swamphen (Sangster 1998) but this was not accepted by Taylor, 1998. 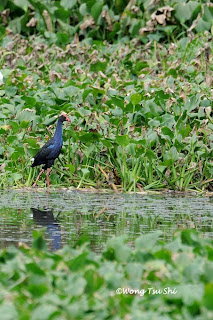 After dropping Sifu Karim home and on my way to the airport, I encountered this pair of Green Imperial-pigeon Ducula aenea on a low tree, they were so low that I have to back away to get the whole bird in the frame, this is the first time that I managed to photograph them so low. 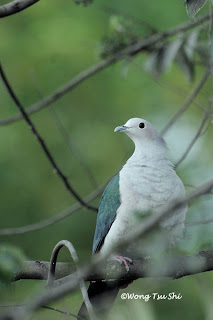