Mr. Kong Ket Leong and I drove to Rafflesia Information Centre on 14th December 2013 to photograph the Whitehead's Spiderhunter Arachnothera juliae, which story will be told in another episode.

This posting is about Mahua Waterfall and the birds we managed to photograph there, it is 6 km detour from Kampung Patau along the Tambunan Ranau road. (Rafflesia Information Centre is along Tambunan Penampang Road).

On recommendation of Sifu Chee Su Ken we stayed at Hostels in Mahua, aptly called Mahua Rainforest Paradise for the night before our return to Tawau the next day. It has good accommodation with electricity supply, in contrast to Gunung Alab Resthouse (the place we used to put up while photographing birds in Rafflesia Reserve) which supplies electricity using its own generator for the earlier part of the night only.

Mahua Waterfall is 1000m above sea level, about the same altitude of Gunung Lucia in Tawau Hills Park and Crocker Range Park near Keningau. It is at this zone that we see the coexistence of both montane and lowland bird species, however, the density of montane/submontane species is more than lowland species in this altitude zone.

Here are some of the pictures taken during the trip.Unless otherwise stated, they all taken at Mahua. 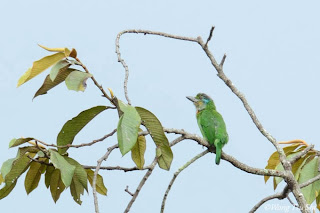 Endemic Mountain Barbet Megalaima monticola, calling from the top of a faraway tree. 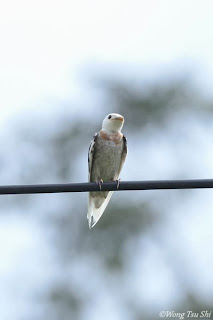 Leucistic Pacific Swallow Hirundo tahitica, taken along the way from Tambunan to Tawau, infront of Maliau Basin, you will not miss it if it is flying there with the other swallows. 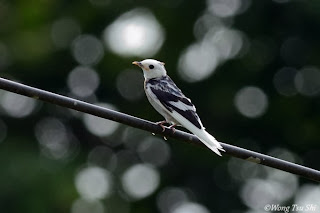 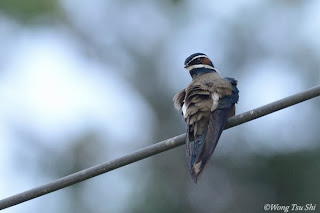 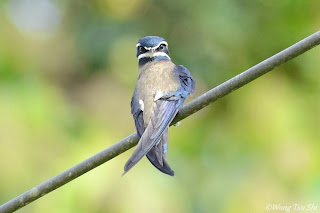 This is Female Whiskered Treeswift along the same stretch of road. 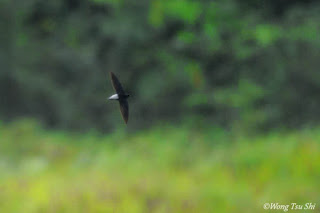 Silver-rumped Spinetail Rhapidura leucopygialis, taken in Maliau Basin entrance, one of my few shots of this species showing its rump. 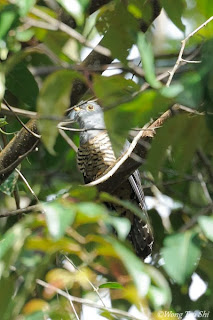 This is either a female Oriental Cuckoo Cuculus optatus or Himalayan Cuckoo Cuculus satararus from Rafflesia Reserve,  I am not sure which as it was silent. For a discussion of these two Cuculus species in Borneo, please see my earlier post here. 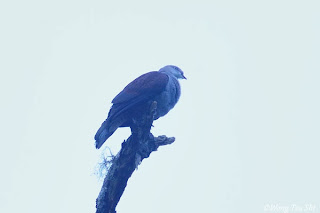 Mountain Imperial Pigeon Ducula badia, a lone bird perched at the tip of a bare branch early in the morning, however, many individuals were seen flying overhead later. 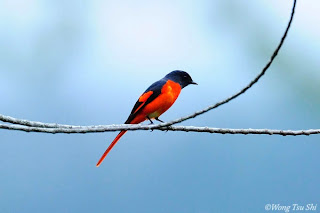 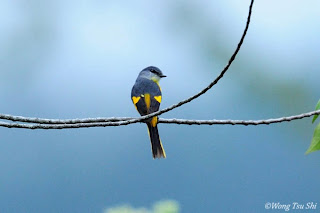 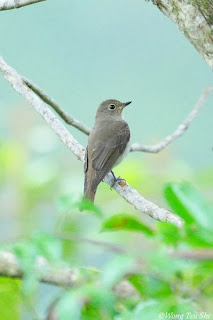 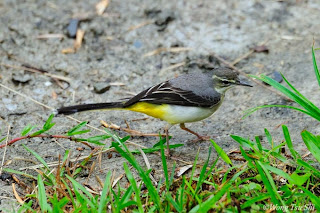 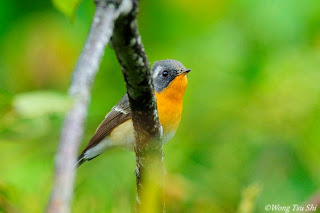 First winter male Mugimaki Flycatcher Ficedula mugimaki, my last lifer for 2013, my number 393 bird photographed in Borneo. This is another migrant that prefers montane to lowland forests here. 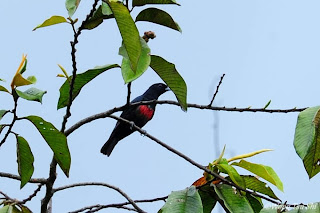 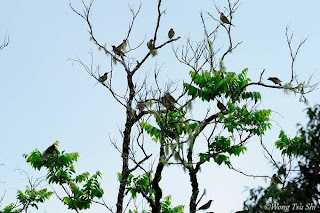 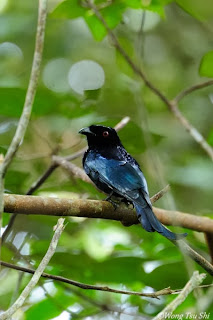 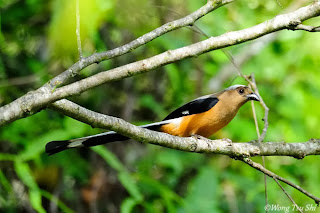 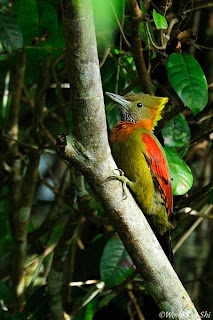 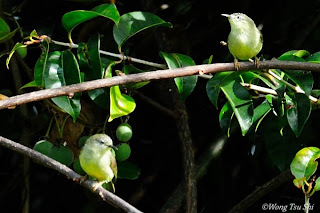 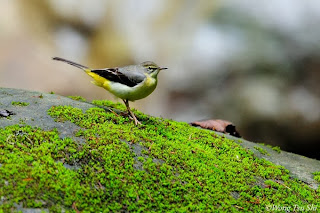 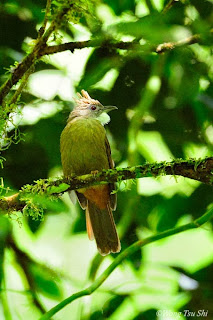 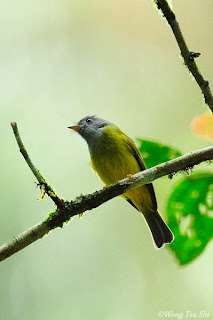 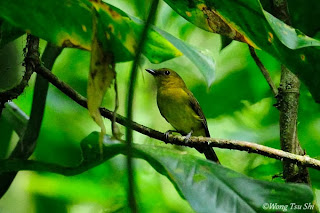 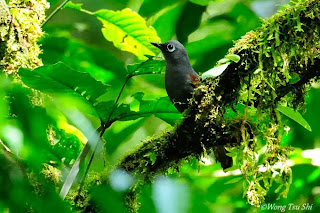 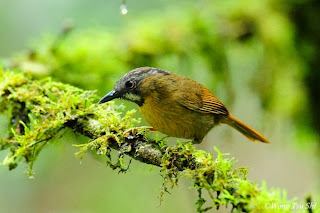 The Mugi Flycatcher looks quite different than those in Peninsular.

Ronnie, this is a young individual. Cheers!

No wonder it has some brown colors on its wings. Thx.

Happy New Year to you too, Folkert.