My friend Jason photographed one in Sukau in 2008.

I finally had a chance to see and photograph this lifer in Tawau on 5th August 2012, in a pond near the Tinagat sea side. It was foraging near the grassy bank of the pond, we managed to take a few record shots before it disappeared into the thick grass. 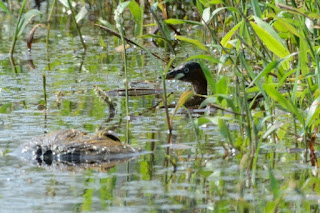 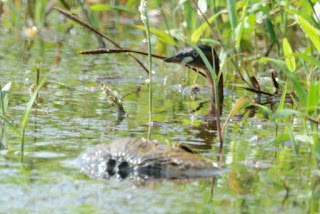 Congrats, Wong. We have taken this species for granted here in Penang.