We went again on 3rd December 2011, to yet another pelagic birding trip, hoping to see more of our migrating avian friends, as a Caspian Tern Hydroprogne caspia, a rare Borneo vagrant, was photographed in Tawau by two of my birding sifus a few days earlier.

The number of birds seen on this trip was only a little more than our previous trip (reported here), nothing much to shout about. However, I had a consolation in photographing a Lesser Crested Tern Sterna bengalensis as my lifer.

Here are the birds seen that day. 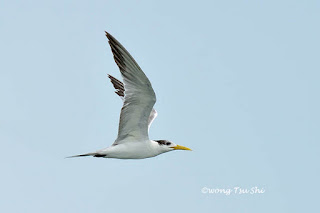 Greater Crested Tern, a few seen flying around the boat. 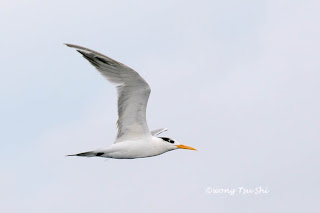 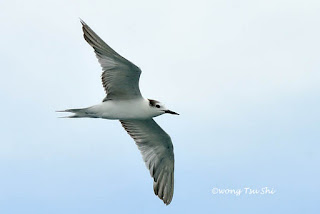 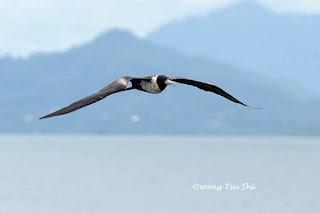 A low flying female Lesser Frigatebird. There was a large group of them. 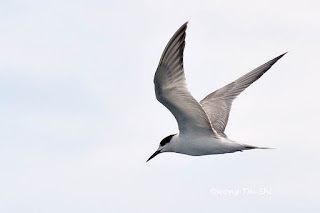 One of the handful of Common Tern
Black-headed Gull, the only gull positively recorded in Borneo.  I took this picture of one that was very far away, after noticing the different wings colors of this bird. A handful of them was in west coast of Sabah last year, see here. 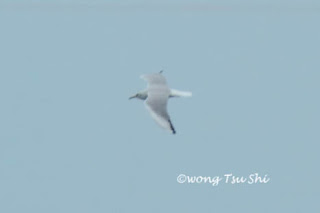 The Frigatebird was good and close !