The very similar Rufous-crowned Babbler Malacopteron magnum, however, is common in all type of forests in Borneo. They occur side-by-side in the same habitat and in almost identical elevation.

Population of both species dropped after logging, with Scaly-crowned Babbler dropped drastically.

In Tawau, we often bird in logged and secondary forests, Rofous-crowned Babbler is commonly encountered, its melodious song is often heard,  Scaly-crowned Babbler, on the other hand, is seldom seen. 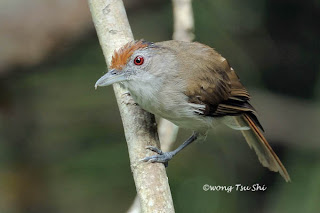 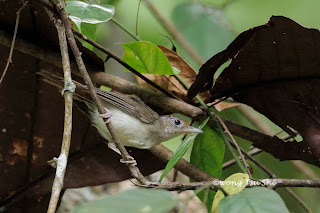 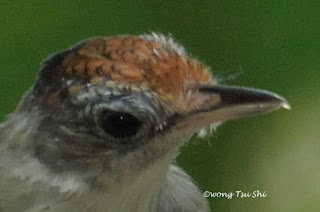 Thank you for the comparison. You may want to correct info on para 4?