Its appearance in Borneo is somewhat irregular, not seen in some years, while large flocks were seen roosting in other years, however, it is a very regular visitor to the Philippines,

It breeds in Japan, from Central Honshu to Hokkaido, South Sakhalin and South Kuril Island from April to October, winters in Southeast Asia and the Philippines.

These images of this species were taken near Rainforest Discovery Centre, Sepilok, Sandakan in October (My new bird). They were seen flocking with a flock of Asian Glossy Starling. 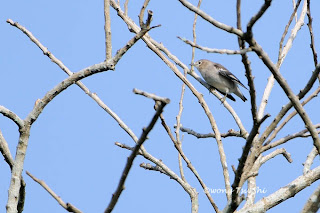 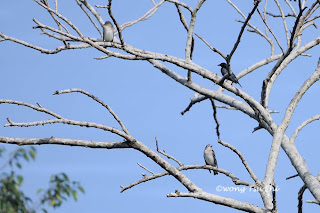