Chestnut-crested Yuniha Yuhina everetti, locally common endemic submontane and montane resident, from close to sea level in valleys in mountainous areas, up to 2,800m.
Whitehead described its nest as occurring in small holes in river banks and at similar sites. The nest is composed of moss and lined with fine roots. Nests frequently occur along trail embankments in Kinabalu Park.
This nest was seen along Jalan Tambunan near Rafflesia Information Centre in late August. It was constructed along the road embankment, more than 10 meters from the road on the cut out hill slope, two birds were seen busy carrying nesting materials. Photographs were taken from far away and no attempt was made to get near to see the inside of the nesting hole. 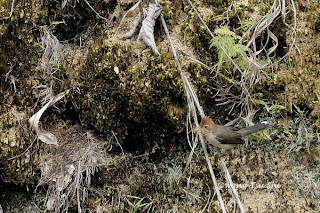 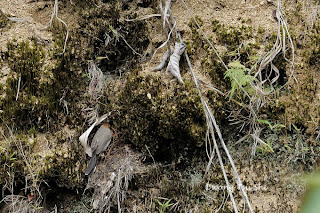 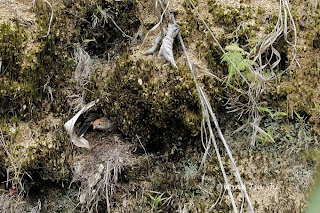 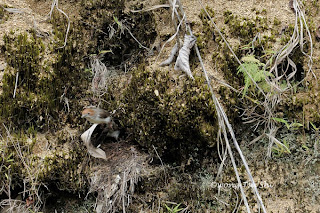 Amazing find! It seems to fit the original description of it. Can be submitted to Suara Enggang as it is a very good record...

Can ka add to Sep SE ...? As per Maroon-breasted Philentoma!

thanks Muin and Naz.
Naz, no problem at all.