The last day at Tabin was greeted by the laud singing of this Rufous-tailed Tailorbird Orthotomus sericeus outside the cabin. 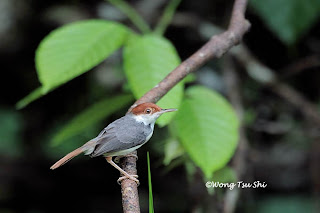 Rufous-tailed Tailorbird
This Black Hornbill Anthracoceros Malayanus was flying over the Resort and perched for a little breather. 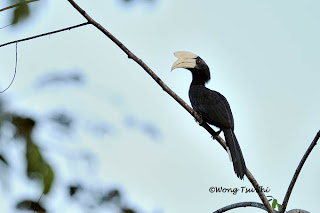 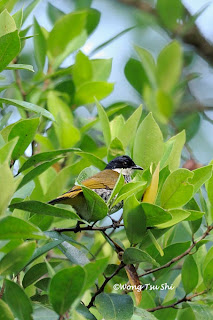 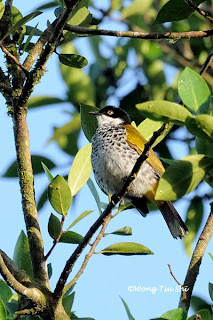 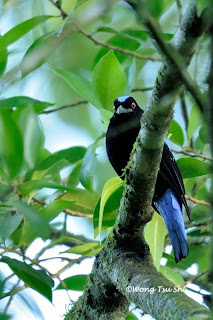 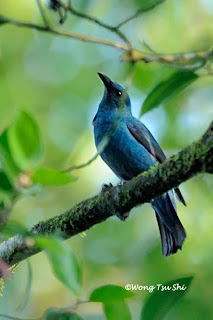 Asian Fairy Blue Bird Female
While down on the ground, nature lovers were watching in earnest. 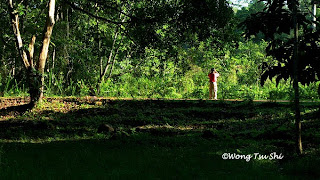 This pair of Oriental Pied Hornbill Anthracoceros albirostris was perched quite a distance away. 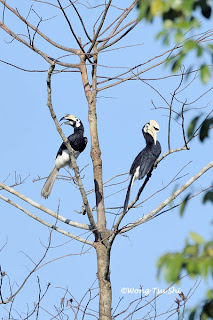 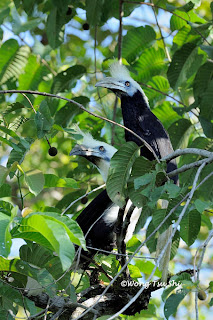 White-crowned Hornbill
After breakfast we continued to try our luck along the road to the Core Area and was rewarded with a pair of Red-bearded Bee-eater Nictyornis amictus. 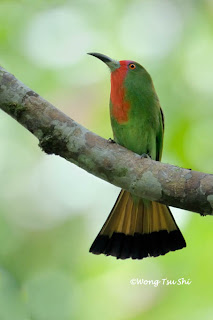 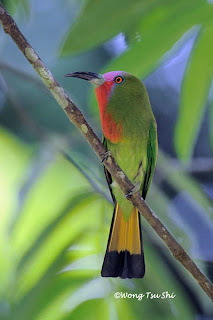 Red-bearded Bee-eater Male
We went back to the location where we found the White-crowned Forktail Enicurus leschenaulti yesterday to try to get better photograph, and was lucky to see this tiny Oriental Dwarf Kingfisher Ceyx erithaca. Taxonomy of this species is still not resolved, whether the three forms, C. erithaca, C. rufidorsa, and C. motleyi, that occur in Borneo are separate species or merely three forms of the same species is still undecided. 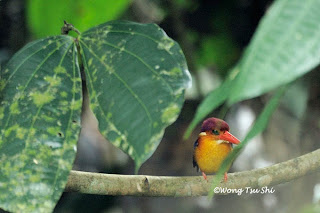 Oriental Dwarf Kingfisher
The White-crowned Forktail showed up later but it kept itself in the scrubs and only managed some record shots. 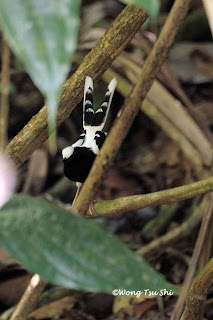 White-crowned Forktail
Went back to the Resort to pack up our things before going back to Tawau. The ensuing heavy rain, typical in the afternoon in the rainforest, slowed our departure for about an hour. 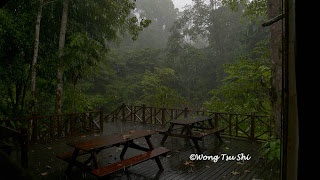 Heavy rain in the rainforest 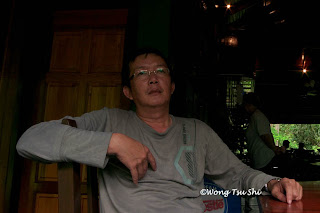 Waiting for the rain to stop
The last bird we took picture of along the road to Lahad Datu was these two Blue-crowned Hanging Parrots Loriculus galgulus. 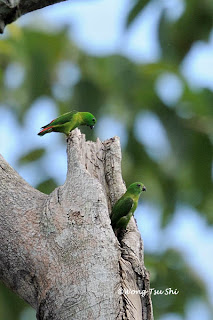 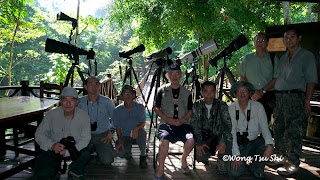 A group photo of the participants for the trip.
The end and happy birding.