There was no weaver ever recorded in Borneo until two years ago.

Baya Weaver Ploceus philippinus, a species hitherto not included in the Checklist of Borneo until Mr. Quentin Phillips published his Phillips' Field Guide To The Birds of Borneo in 2009. Before him, no mention of this species was made by any previous author, not Susan Myers  in her 2009 Field Guide nor  Clive Mann  in his 2008 Annotated Checklist of Borneo.
As Imagemaster for Oriental Bird Images for Borneo, I received an image of this species taken in Sandakan on 10th June 2007 from Mr. Vun Soo Kiong  for uploading to the database of OBI. I have no second thought to upload his image even there was already a large number of images of this species in the OBI database, as this represented a first photographic record of the species in Borneo.  I remember I wrote this in the remark of Mr. Vun's image in OBI. "Baya Weaver (Ploceus philippinus) is not listed in the Borneo Checklist, however, this particular bird is seen building nest in the wild in Sandakan, Sabah. Presumed to be escapees from the Pets Bird Trade. This could be imported from Peninsular Malaysia and hence of the Subspecies infortunatus." Mr. Vun's image is here.
Mr. Vun's  has been acknowledged,  and also quoted by Mr. Quentin Phillips on page 322 in his field guide.


Its range is from Pakistan to Southwest China, down Southeast Asia to Sumatra and Java. Despite its species name, it is not found in the Philippines. So the common belief in Sandakan that it could have migrated from the Southern Philippines to Sandakan is not accurate.

In December 2009, thanks to direction given by Mr. YC Lee from Sandakan, I went to the ground of the nesting colony and took the following photographs of this rare species of Borneo (incidentally this species is my  number 300 wild Borneo birds photographed in Sabah), which to my knowledge, can only be found in Sandakan at the moment. More than twenty elaborate nests were built on two trees, most of them from eye level and up, the highest not more than 15 feet above the ground, some birds were still in the process of building nests. 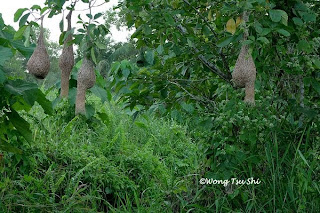 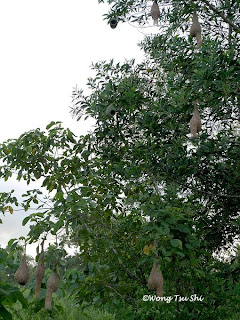 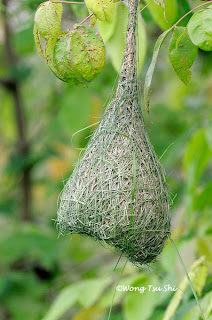 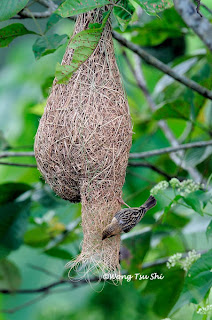 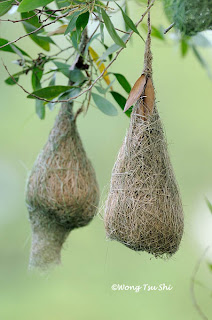 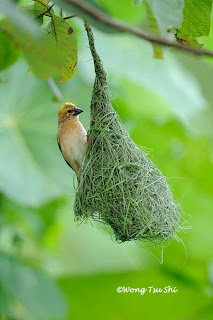 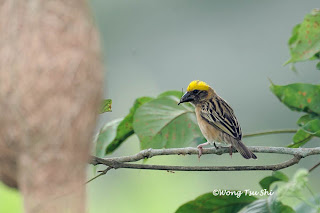 great article. I would love to follow you on twitter. By the way, did anyone hear that some chinese hacker had busted twitter yesterday again.
[url=http://amazon.reviewazone.com/]Sarah[/url]