On 1st of June 2009, without setting foot in Rafflesia Information Centre (RIC) despite traveling more than 500 km, we set for home.

A farewell round of birding in front of RIC yielded good birds, three Whitehead's Broadbills showed themselves on a tree trunk far inside the RIC, giving an opportunity to have some record shots. 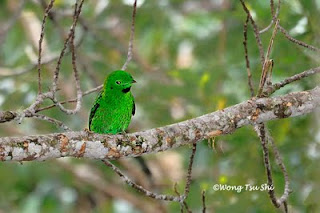 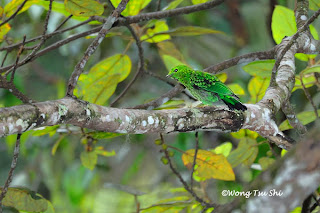 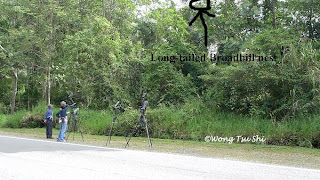 View of the Nest form across the Tambunan-Penambang Highway 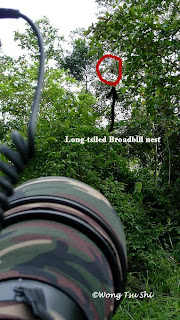 Closer view of the nest from the angle of my camera. 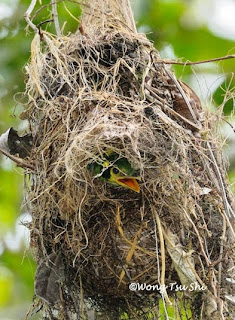 View of the Broadbill Chick 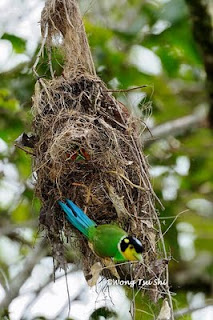 Leaving the nest after feeding the two chicks in the nest. 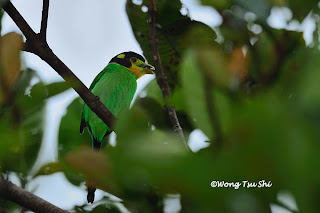 Somewhere along the dusty gravel road to Tawau, we saw these ........ 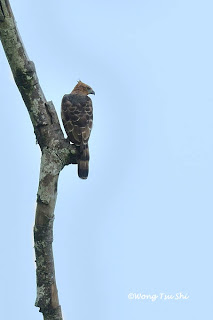 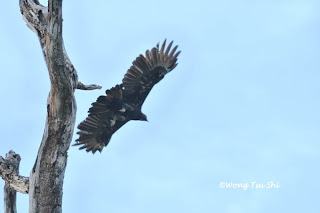 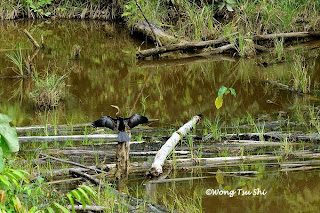