Eurasian Wigeon Anas penelope, rare winter visitor to north-eastern Borneo. Recorded ten times from Borneo, only once in Bintulu, Sarawak in 1875. More recent records up to late Ninties are from Brunei and Sabah. No record yet from Kalimantan.

We were lucky to see one male and one female in Tinagat, Tawau on 22nd February 2014 (my lifer for 2014), they were in the same pond with the male Northern Pintail Anas acuta.

The female bird was closer with the male Northen Pintail, they always stayed close to each other. The male bird on the other hand was seen singly all the time when we were there. The male bird stayed on for at least another week while Northern Pintail and female Eurasin Wigeon left the next day as we were unable to locate them at the pond. 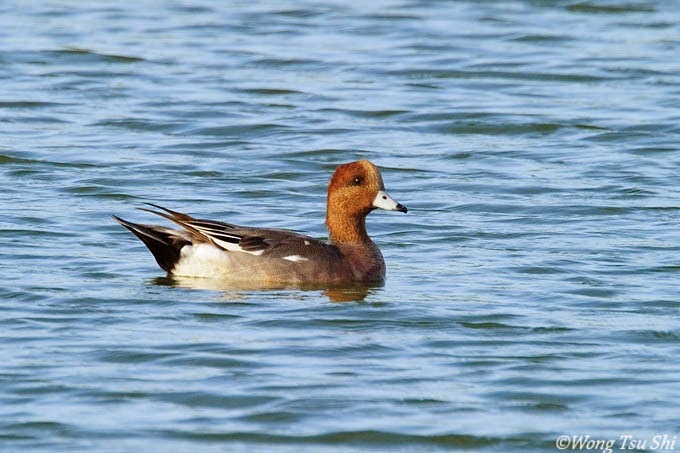 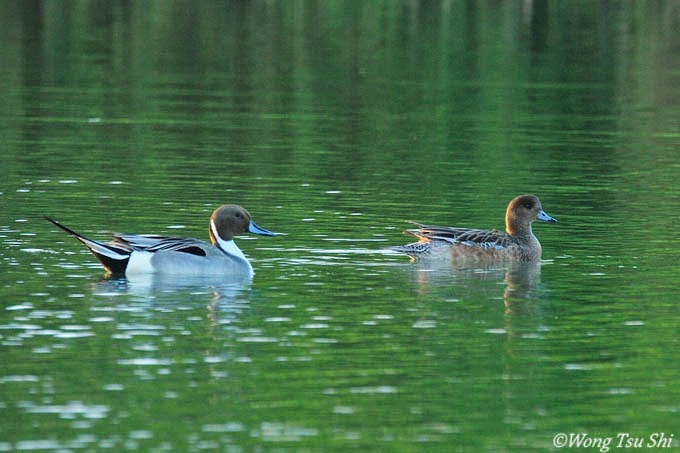 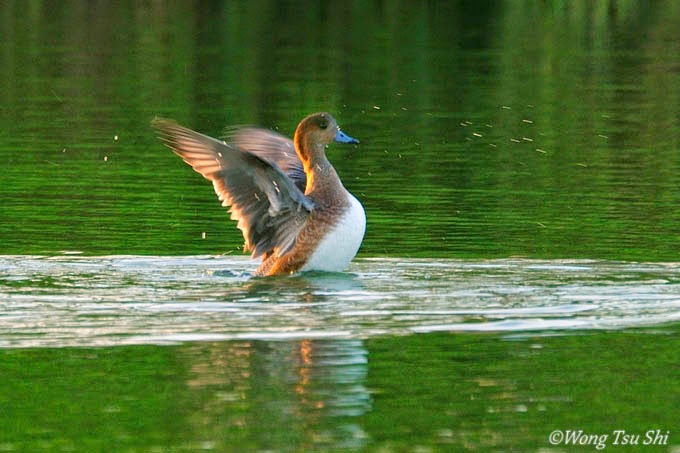 Congrats on your lifer. I bet it must have been very exciting!

Thanks Mun, yes it was exciting, we were shock to see something different in the pond.