Journey to the west. Part 1.

30th and 31st of May was Harvet Festival followed by DYMM King's birthday on the 2nd of June, the extended public holidays were perfect for an overland travel to Kinabalu Park, Rafflesia Centre and Crocker Range Park.

It took eight hours to drive from Tawau to Kinabalu Park, we spent two days there, trying our luck with the elusive Partridges, my travel companions managed to photograph the Crimson-headed Partridge Haematortyx sanguiniceps while I had to contend with a glimpse of them running across the trail.

We bumped into two Chinese bird photographers from Shen Zhen, China, who would be in Sabah for about a month, travelling to the usual popular birding spots here. One of them at 61 years had just retired from government service. We met him the next day at the power station near the Timpohon Gate, to our shock, he had remarkably walked from Park Headquarters lugging with him his 600mm f4, and Cannon 1D Mk 4 on a huge hydraulic Video head sitting on an equally huge Manfrotto tripod, the combined weight could easily exceed 15 kgs, mind you, they were not packed in back-packs but fully set-up with tripod extended and ready to shoot. The walking alone was 5.5 kilometers, and it was all the way up from 1550m to 1866m above sea level. Our walk from Bukit Ular Trail back to Timpohom Gate at 1.5 km uphill drained most of our energy, his feat put all of us to shame. 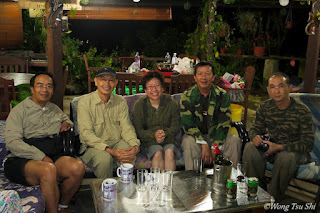 The Gentleman with a cap is the one I mentioned in the paragraph above.
I only managed to photograph 3 lifers which was not as good as my fellow bird photographers Ku Kok On and Kong Ket Leong who scored 5 lifers each. The duration of the trip was dominated by rain which had severely reduced our opportunity to take photographs. 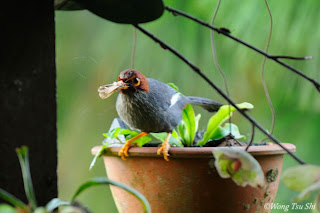 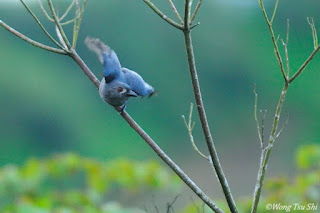 Ashy Drongo Dicrurus leucophaeus foraging at eye-level outside the restaurant. 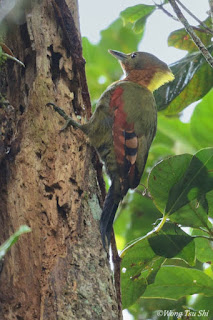 My second lifer of the year, Checker-throated Woodpecker Picus mentalis which occur both in lowlands and montane habitats in Borneo. 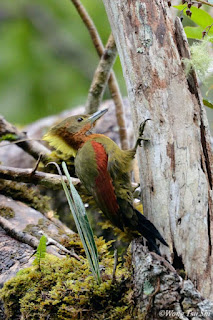 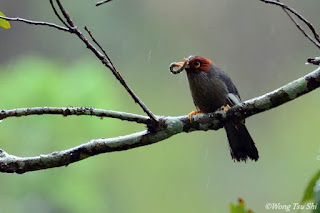 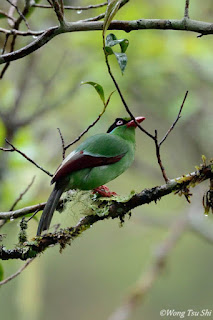 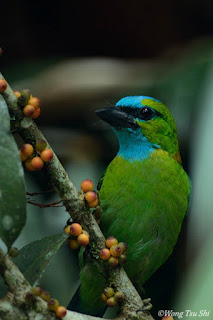 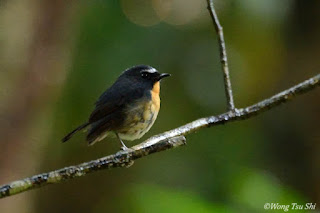 The rain made visibility so low that I was struggling to shoot this male Snowly-browed Flycatcher Ficedula hyperythra with ISO 6400. 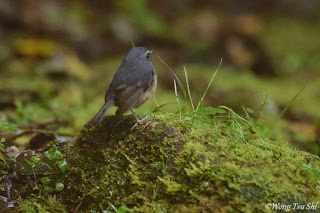 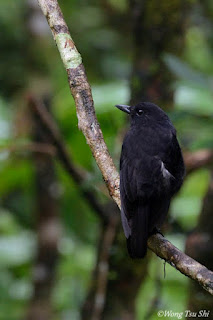 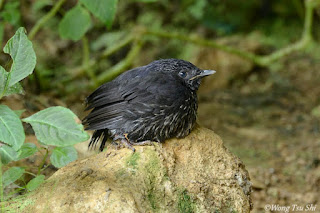 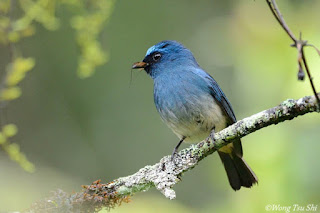 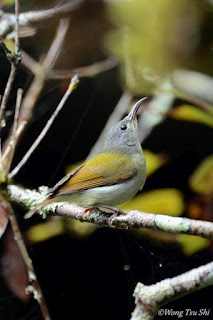 Coming up next are photos from Rafflesia Reserve and Crocker Range National Park, our next stop.

Looks like you had a great trip and congrats on your lifer. Looking forward to your next post.

Nice set of photos... they've "split" the Green Magpie, have they ?