Caspian Tern Hydroprogne caspia has a worldwide distribution, wintering south all the way to Australia, but is a rare vagrant of Borneo.

This bird was photographed near the shore in Tinagat, Tawau on 27th November 2011, by sifus Ku Kok On and Lim Chieng Peng,being the fifth record in Borneo and could very well be the first photographic record of this species here. (Edit : See note below)

Many thanks to the two gentlemen who generously allowed me to upload their rare images to Borneo Bird Images for public record and to blog about the rare bird here. 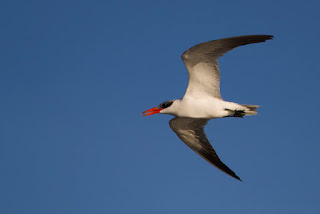 Image courtesy of Ku Kok On 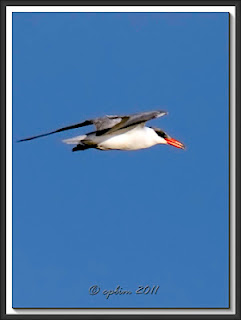 Many thanks to Master sifu Dave Bakewell, who emailed to highlight my oversight on his February 2009 photographic record of this bird in Kuala Baram. Thus this should read sixth sight record and also not the first photographic record for the island.