Birding with Sifu Jason in Penampang on 17th April 2011

Was in KK for a seminar, took time off to shoot some photos of birds with sifu Jason, who was very helpful to bring me around in his car. The target birds for the session were Red Avadavat  Amandava amandava,  Buff-banded Rail Gallirallus philippensis and Banded Kingfisher Lacedo pulchella. Though they are regularly seen in Penampang and some other localities, I have yet to see one.

We set out at 6.00 am from KK, when we reached the Red Avadavat site, I was surprised to note that it is just a patch of land reclaimed with sandstones and clay, sparsely grown with long and short grass, sandwiched between paddyfields and the busy Penampang highway, we parked our car on the road shoulder and started looking. They were quickly sighted far away and were seen feeding on the dry earth with a group of Chestnut Munia Lonchura atricappilla.

Red Avadavat, colorful and cute, is a popular cage bird, and as a result has been introduced to many parts of the world. Borneo population is likewise introduced, race is still uncertain for the Sabah birds, first recorded in June 1969 in Kota Kinabalu, it has since established. Its small size couple with its habits of foraging on earth and underneath short growing grass make them very inconspicuous and must have been overlooked most of the time. 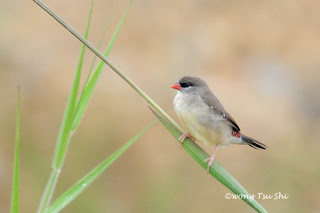 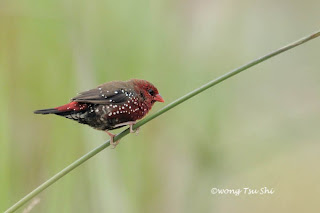 Breeding male
Sharing habitat with them are the followings. 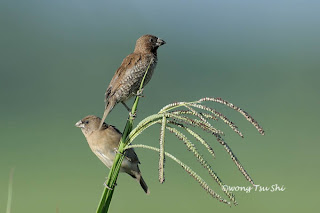 Adult and Juvenile Scaly-breasted Munia Lonchura punctulata, this bird is rare in East coast of Sabah, I have yet to see one in Tawau. 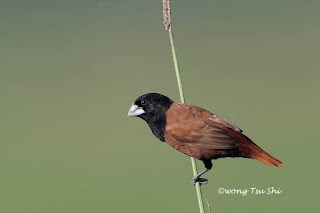 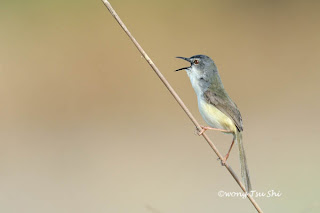 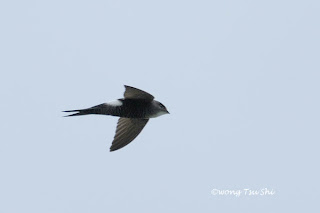 Fork-tailed Swift Apus pacificus, an unexpected lifer, having heard Sifu Jason said he saw one at the vicinity a couple of days ago. 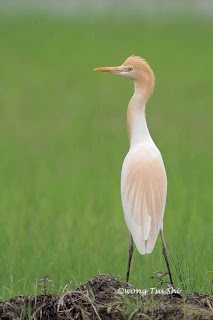 Cattle Egret Bubulcus ibis moulting into breeding plumage. I have not seen one in full breeding, and they have not been recorded to breed in Borneo. 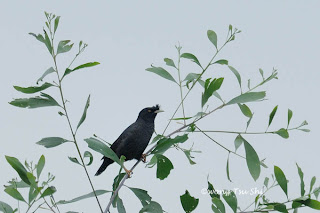 However, luck was not with me when we went to search for the Buff-banded Rail at the same habitat, and rain began to fall when we reached the forest for Banded Kingfisher, both were no where to be found. So they will remain as targets for my next trip.
Happy birding.
Photodocument of Wild Birds of Borneo

Nice capture! I saw a lot of cattle egret in KK few weeks ago during a family trip, they were all in non-breeding plumage.