2010 Mass flowering of dipterocarps in Sabah

General flowering is a community-wide masting phenomenon (Masting is the intermittent production of large seed crops by a plant species synchronized within a population (Kelly, 1994), which is thus far documented only in aseasonal tropical forests in Asia. Although the canopy and emergent layers of forests in this region are dominated by species of a single family, Dipterocarpaceae, general flowering involves various plant groups. Studying proximate factors and estimating the flowering patterns of the past and future may aid our understanding of the ecological significance and evolutionary factors behind this phenomenon.
Here we show that this phenomenon is most likely triggered by irregular droughts based on 10 years of observations. In the aseasonal forests of SE Asia, droughts tend to occur during transition periods from La Niña to El Niño, which results in an irregular 6–7-yr cycle involving a dry period with several droughts and a wet period without droughts.
The magnitude of a flowering event also depends on the timing of droughts associated with the El Niño southern oscillation (ENSO) cycle, with the largest events occurring after an interval of several years with no flowering. Because most plant species can only reproduce successfully during large flowering events, changes in the ENSO cycle resulting from global warming, may have serious ramifications for forest regeneration in this region.
(Shoko Sakai et al, 2006, American Journal of Botany. 2006;93:1134-1139.)

We witnessed the mass flowering in our forest in early April 2010, after the onset of rain after a prolonged drought of 2 to 3 months. Here are some photos of this phenomenon. 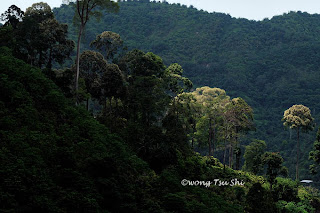 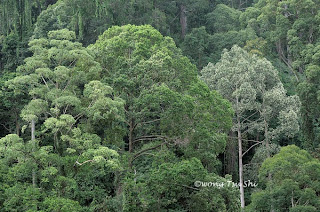 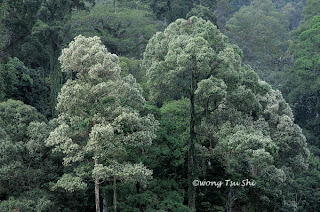 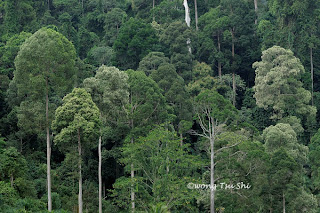 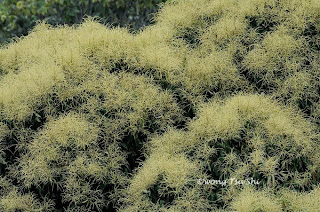