Further to my post here on the Jungle Myna Acridotheres fuscus (now Makassar Myna Acridotheres cinereus) in Tawau, Sabah, Borneo, Malaysia. We photographed them again on 24th October 2009 at the same vicinity of the area that we captured them on camera before, on 13th May 2007 and 12th June 2008 respectively. We saw four birds this time, two on a high wire, looking gorgeous, clean and healthy, and two on an old coconut tree stump far away, apparently just after a shower, and were seen occasionally  quarreling with the Asian Glossy Starling Aplonis panayensis who are using the coconut tree stump as nest. 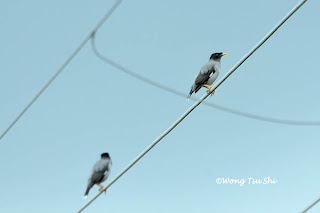 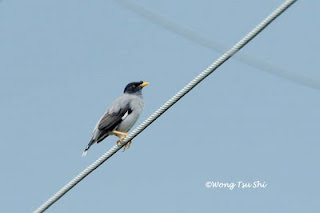 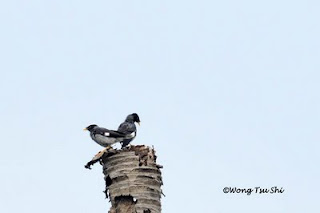 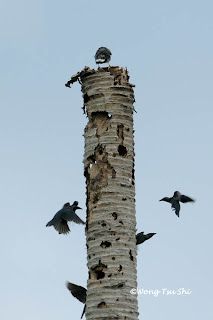 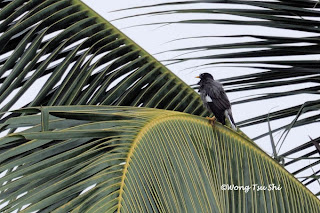