Jungle Myna  which is not listed in all the field guides on Borneo currently available has been photographed in Tawau on two occasions, in May 2007 and in June 2008. Mr. Kong Ket Leong and Mr Ku Kok On were there in June 2008 and also noted the peculiarity of the birds. The photos include both Juvenile and adult. Will keep this blog updated if new photos are available in future.

They are suspected to be either from captive origin or from a ship. 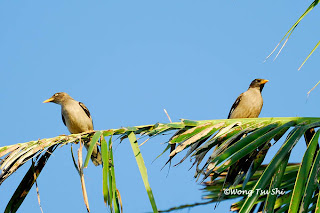 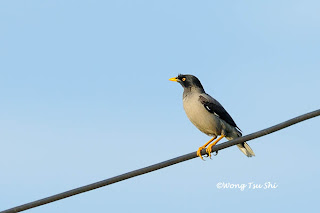 Nice shots sifu. Any idea where the Jungle Myna from KK came from ? Only 1 single bird captured by Karim last year too.

Sifu Jason, I think we can safely coclude they are either of captive origin or from a ship also.