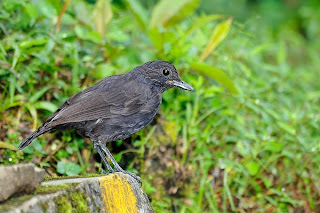 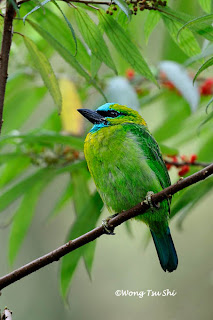 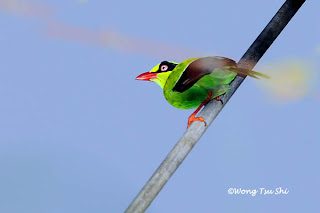 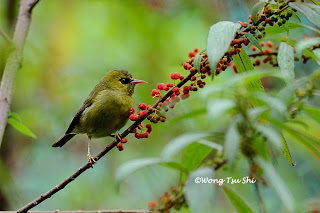 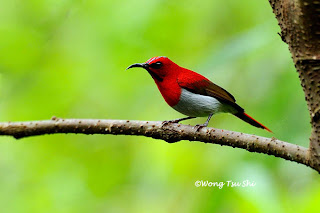 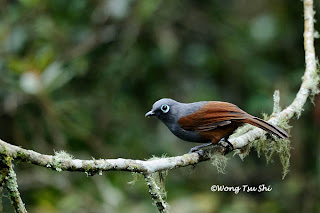 
Went to have brunch at the Koporasi's Canteen across the road from KP head quarter, both their food  and price were acceptable. Went to Liwagu trail immediately after brunch and was rewarded with a pair of Whitehead's Trogon Harpactes whiteheadi, the male bird would always perch on a branch that would never enable us to get an unblocked view for photograph. This is my second Whitehead's bird and what a delight to have them on the sensor of my camera. The other Whitehead's bird that I am after is the Whitehead's Spiderhunter Arachnothera juliae, which I am sure I will be rewarded if I try long and hard enough. Here are the Trogons; 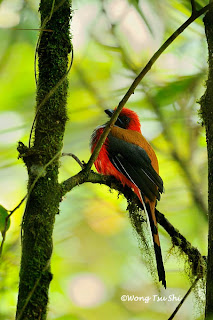 
Further along the trail we were greeted by the incessant singing of a small group of endemic Mountain Wren-babbler Napothera crassa (now Turdinus crassus), indeed another bonus for the trip. 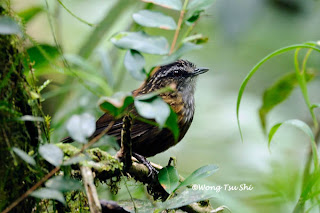 The  Bornean Whistler is also endemic to Borneo. 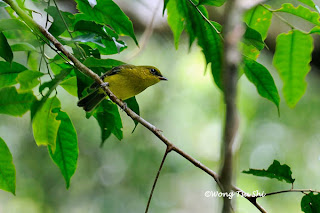 The Bornean Forktail Enicurus borneensis (Split by Moyle et al 2005), exist in rocky streams in Montane primary forests, where it replaces the very similar lowland White-crowned Forktail Enicurus leschenaulti (now Malayan Forktail Enicurus frontalis) . We waited for two hours for it to show and we were eventually rewarded  when it showed up along the Liwagu River. Light level was not ideal inside the dark under-storey along the river, I was forced to use ISO 1600 for the shots, as flashing the feeding Forktail would guarantee its immediate departure. 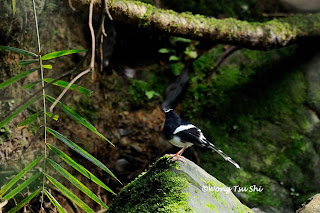 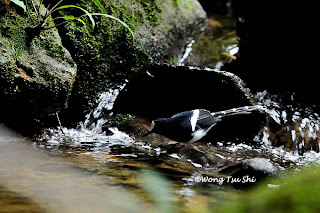 Left Liwagu river after shooting the Bornean Forktail and to our delight we found that Mount Kinabalu, which was usually covered by low lying clouds in the afternoon,  was clearly in view. 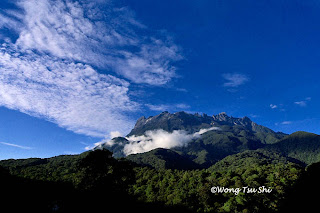 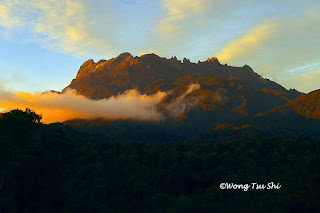 To be continued and happy birding.

You do have such colourful birds to watch. great photos.