Short-toed Coucal Centropus rectunguis has been stated to be a rather rare/scarce bird in Borneo by many literature and field guides.

It is similar to the much more common and larger Greater Coucal Centropus sinensis. To positively identify one from the other is not easy especially from afar and with the bird often partially hidden by bushes.

I took photo of  suspicious looking coucal quite sometime ago but keep the ID on hold until after I have done enough research. I now think they are Short-toed Coucal, my conclusion is based on the following reasons which are elaborated below for the benefit of those who are interested.

While a bird's size in the field is sometimes quite subjective, but Short-toed Coucal is overall noticeably smaller, 40 cm against 52 cm of Greater Coucal as per Smythis, whereas, Frederick N Chasen in The Birds of The Malay Peninsula states Greater is 21.5 inches against Short-toed Coucal at about 16 inches.. Any seasoned observer can easily notice the different in size.

It is similar in size to Lesser Coucal Centropus bengalensis but they can be easily separated in the field by appearance and color of the eye, Lesser Coucal does not have red iris. 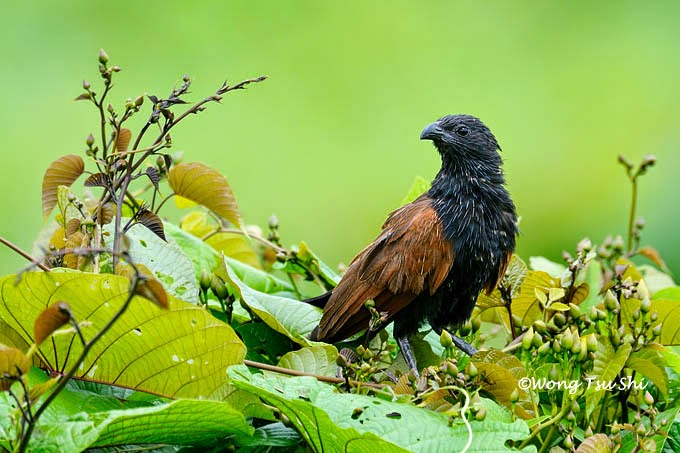 Per Smythis, Greater Coucal has longer tail, 30 cm versus 20 cm of Short-toed Coucal.

So the tail length of Greater Coucal is 30 cm over its entire length of 52 cm, which is 57.7% or more than half of its body length.

Per Chasen in his The Birds of The Malay Peninsula, the tail length is 12 - 12.5 inches for Greater Coucal and 7.5 - 8.5 inches for Short-toed Coucal.

Whereas Short-toed Coucal's tail is 7.5 - 8.5 inches against its body length of 16 inches, which is about between 47% to 53% of its body length (I think this is also consistent with Smythis, albeit the range here is wider).

While we cannot measure their tail length in the field, if we see them in good posture, we can generally gauge whether the tail is more than or less than 50% of the body length. 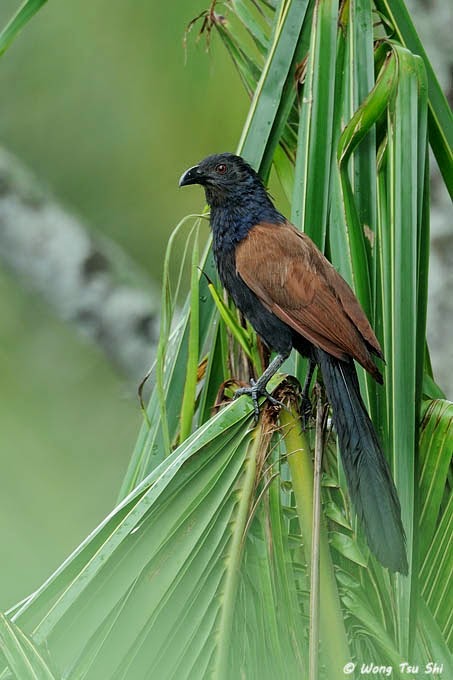 Greater Coucal, see that the tail appears overall longer and is proportionately longer when compared to body length. 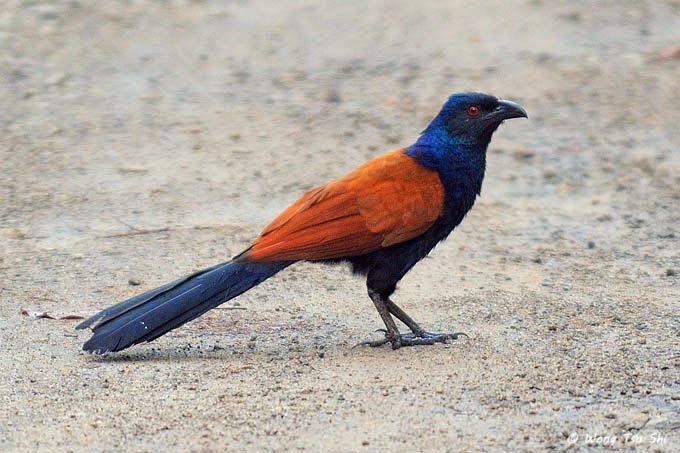 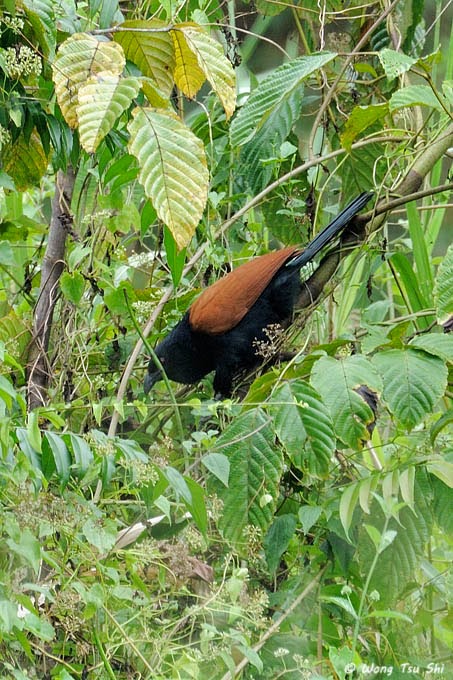 This is how a Coucal is usually seen, among thick bushes and undergrowth, without clear view of its claw. This is taken from Tabin Wildlife Reserve, this should a Short-toed Coucal based on its short tail and forest habitat. ﻿

Per Smythis, Greater Coucal has longer claw length in its inner toe measuring 18mm, whereas Short-toed Coucal is named as such as its claw length is much shorter at 12 mm. This feature is practically quite impossible to observe in the field as the claws are most often blocked from view by foliage. (I think Smythis's reference to inner toe is the same as hind claw.)

However, there are times when we are lucky to spot the bare feet, we can than take pictures and compare them. It is generally illustrated in field guides that Greater Coucal has longer hind toe claw than Short-toed Coucal.

In Frederick N. Chasen's Birds of The Malay Peninsula, the length of hind toes are given as 0.5 inch and nearly straight for Short-toed Coucal and 0.75 and more curved for Greater Coucal. When converted to metric system, the length are exactly as what is stated in Smythis. 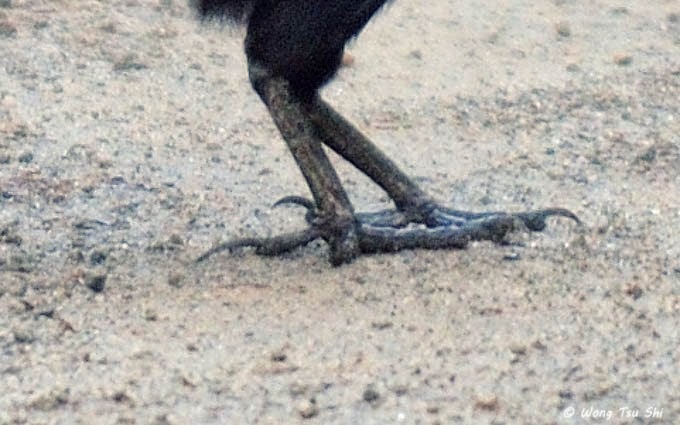 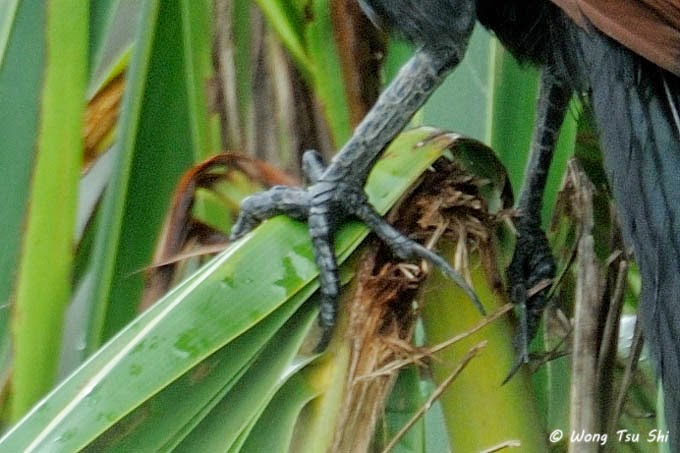 
Another method to identify them is to by voice as they are reported to have different call. I doubt the reliability of this method as their calls are very similar and with various variations and it is very difficult to tell them apart.

Wow! You managed to shoot one right out in the open. Short-toed are rare here in the peninsular and I have not seen one for many years.