Here are the birds that I managed to photograph, the punishing terrains as well as the long jungle trekking preclude us from lugging our usual bird photography gears, hence most images are only good for record. 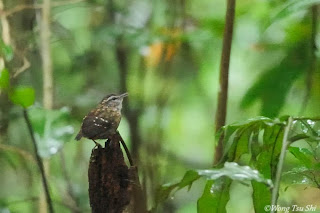 Eyebrowed Wren-babbler Napothera epilepidota, my lifer,  scarce sub-montane and montane resident, a small terrestrial wren babbler with very short tail, seen once below Lucia Camp and once above. It can be distinguished from the similar endemic Mountain Wren-babbler Napothera crassa by white spots on tips of its wing covert feathers. 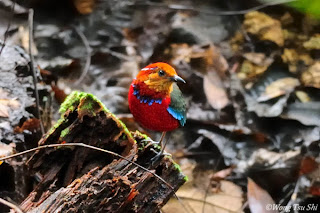 Endemic Blue-banded Pitta Pitta arquata, one of the most sought-after pittas, my only other lifer for the trip,  an elusive slope specialist, saw it once and photographed under very dark forest cover. 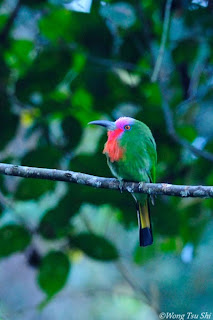 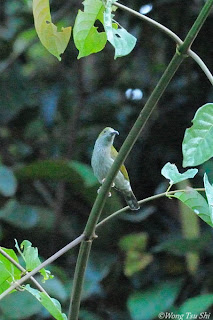 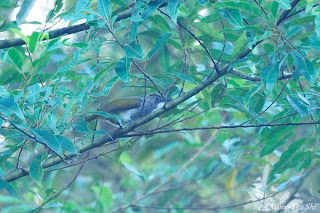 Cinereous Bulbul Hemixos cinereus, feeding on trees next to the Helipad above Lucia Camp. 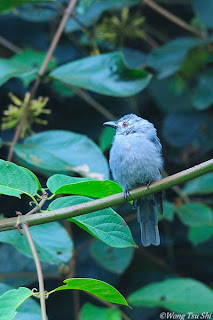 Ashy Drongo Dicrurus leucophaeus, most probably the only place to see this sub-montane and montane bird in Tawau is here in Lucia and Magdelena. 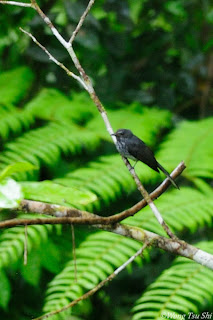 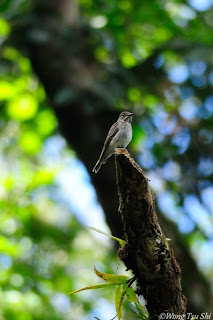 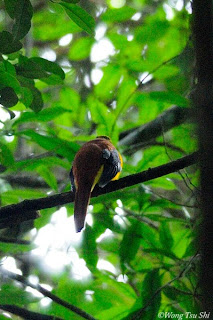 Orange-breasted Trogon Harpactes oreskios, a mainly sub-montnae species, quite a number of birds were heard above the Lucia Camp approaching the Summit, but not easy to take good photograph. 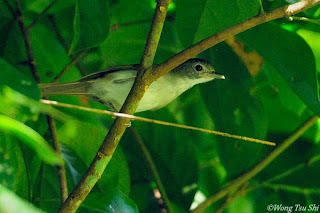 A young Moustached Babbler Malacopteron magnirostre , feeding next to the Helipad above Lucia Camp, around 1,000 m. 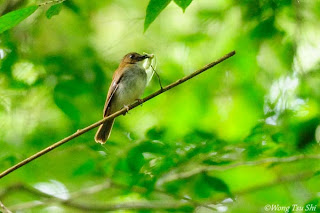 An evidently nesting Grey-chested Jungle Flycatcher Rhinomyias umbrantilis, between Lucia Camp and Summit, around 1,000 m, contrary to 500 m as stated  in Myers. 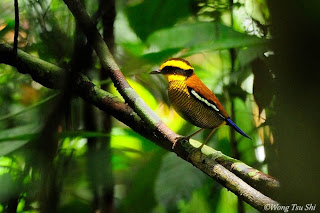 An endemic female Bornean Banded Pitta Pitta schwaneri,  it had been calling from its road side perch, I mistook its call for something else, as it sounded coarser than those on record.